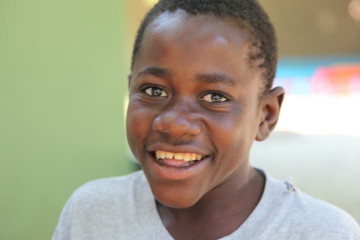 Who is Jackie jupiter? 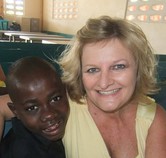 "In July 2010 during a stay at New Life Children's Home in Port au Prince, a medical mission team of doctors and other volunteers went to the mountainous area of Pestel to aid in a medical clinic. At night, some locals would gather around the team at base camp. Among them was a 10-year old boy named Jackie Jupiter. He was absolutely filthy...both his clothes and his body. He was covered with dirt, bruises & what appeared to be untreated burns. We noticed that he had a seizure about every 45-minutes, and that his right arm and leg were lame. I went over and tickled him and planted a big smooch on his cheek, which in turn, produced the biggest squeal of delight I have ever heard.  We discovered that he had an aunt who could not afford to and was not caring for him. On the 2nd or 3rd day, we proposed to the team that we take Jackie back to the orphanage. One of our team members spoke to his aunt, who consented.

So, we cleaned Jackie up, dressed his wounds, and traveled by cattle car for a few hours, with Jackie sitting on my lap. The boat trip was next, and then a tap-tap and a wheelbarrow. It was an arduous 2 days, but Jackie smiled the whole way, exposing his broken and discolored teeth. When he got to the orphanage, Jackie saw, and used, his first toilet! It was hilarious. He kept stroking the porcelain and squealed when we flushed! He was given clean clothes, shoes (which to this day he refuses to wear), a baseball cap, and a matchbox car he adored. Since last year, he has put on weight and is on anti-seizure meds. He became quite the favorite of the staff and visiting volunteers, who he entertains with his stories of taking a helicopter to New York, being Sheriff of the New Life campus, and bringing food to his hometown in the mountains. Jackie’s laughter and pure joy light up the compound.

As Jackie's health deteriorated, we moved him into a house for only five boys with a caretaker who could watch him more closely throughout each day. We continue to find ways to help him face the struggles of his health each day.

He is so special, and has such a great heart. We want to show him all of the love we can! 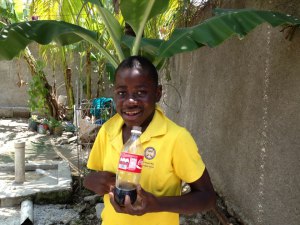 In the past few months, Jackie's health has been in decline. Particularly, over the past few weeks we noticed weight loss, exhaustion, an increase in the frequency and severity of his seizures, and we knew that something was wrong.  After numerous doctors appointments, and no signs of improvement, Jackie's health deteriorated to the point of him being rushed to a local Haitian hospital. He was basically unconscious.

During that visit, it was discovered that there was a real problem with his blood sugar and through many additional doctor visits, it has been determined that he has diabetes.  We are attempting to control this with insulin shots, a drastically changed diet, and adding a nurse to the daily staff of the house.

He is showing improvement, yet we are still in the early stages of trying to manage this condition.

How You Can Help 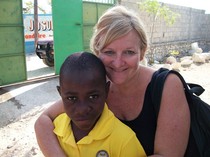 GIVE. The cost of insulin, an additional nurse, and a special diet has increased the monthly cost for Jackie by over $800 per month. You could help immensely with a gift of $50 , $100, or even $200 per month for the next year. Any amount will make a difference.

This is the most important way you coud help!

COLLECT. If you cannot give, you could help us collect special food items that will fill his special diet. These items would need to be items that we can take to him on a monthly trip to Haiti.

here's what to do 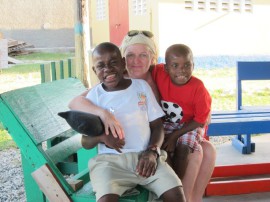 Click on the donate button below, enter your amount, and check the monthly recurring pament box. Then, send your email to jackiejupiter@myneighborschildren.org to be given updates.

Gather items for Jackie and drop them off at 221 E. Colonial Drive Orlando, Florida 32801. Here is a list of items to bring.

Get your church, school, class, group, or family to do a drive for items needed.

Please remember Jackie in your prayers every day!